We were lucky enough to talk to New Zealand’s very own road racing superstar George Bennett! 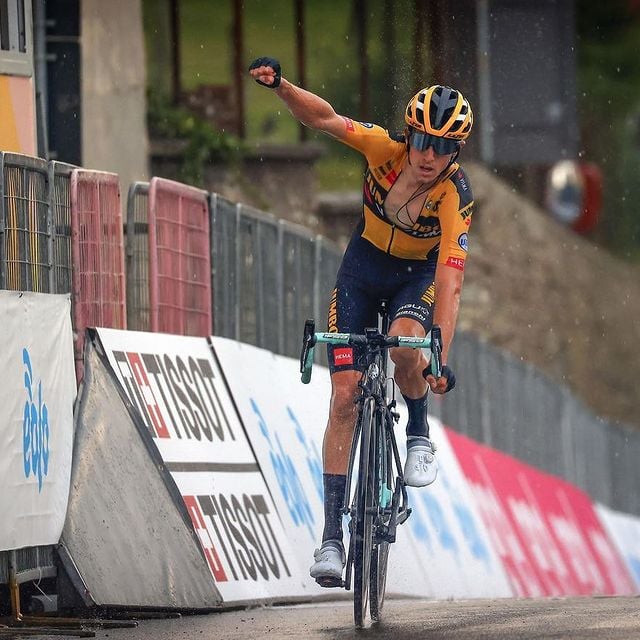 George Bennett probably doesn’t need much introduction to cycling fans in New Zealand. At 31 years old he has represented New Zealand at the 2016 Summer Olympics and the 2020 Tokyo Olympics, ridden in 14 Grand tours and 6 Classics with too many notable results to even begin to summarise them! Instead, we asked George what his personal highlight was, “As far as results go, August 2020 was special to me. I had a good run from Burgos through to the first stage of the Tour De France.” A ‘good run’ it was indeed, finishing 1st in Gran Piemonte and 2nd in Giro di Lombardia. In 2021 George also won the New Zealand Road Race title by almost 2 minutes which he says is always a tough race with competitive teams consisting of large numbers. With true Kiwi pride he told us that more special than winning the race, is the chance to wear the national jersey this season.

George will soon move to join a new team, UAE Team Emirates. He says this will be a big change but he is looking forward to the new environment and the opportunity to go for results as well as supporting his team, “My big goals will be the week long stage races in the spring and hopefully the tour in a support role.”

We got on to the subject of safety, as we tend to do and really, we were blown away with his answers. George’s response to our questions about New Zealand road safety were so insightful that we are not going to paraphrase him because what he says is worth repeating in full:

“I think New Zealand roads are some of the most dangerous in the world! I’m very aware of the risks and do everything I can to minimise them. I always ride with a light, stay left and assume that any cars ahead have not seen me.

For cycling safety to improve in New Zealand we need to address two big issues that can fall into the category of either ‘attitude’ or ‘awareness’.

Firstly, attitude, the relationship between cyclists and drivers needs to improve. This is a two-way street and hostility towards cyclists in New Zealand is the worst I have seen in the world. The lack of respect for a human life from drivers really forces cyclists into life threatening situations far too often. To repair this relationship cyclists need to be more courteous on the road, ride single file through busy areas when needed and avoid traffic build up behind them. If we can repair the relationship, decrease the frustration of drivers that manifests in dangerous manoeuvers, stop looking at it as ‘drivers vs cyclists’ and try to see everyone on the road as “traffic” we can start to see safer roads.

The next category is awareness. Many cycle incidents involving cars and cyclists can be due to a lack of awareness on both sides; how fast a rider is traveling, driver’s not checking bike lanes, opening of car doors without looking behind. As the number of bikes on the road increases in the fight against climate change and congestion, more needs to be done on the educational front.”

When we asked George what one change he would implement to make New Zealand’s roads safer he pointed out that many of our roads have no shoulder, “if we could make each road a few meters wider, things would be a lot safer.”

We have a lot to think about after this conversation with George but before we let him go we asked, if it was possible, what advice he would give to his younger self as he was just starting out? The answer was simple, “Don’t wait!”