The 1.5m rule and why New Zealand needs to make it law 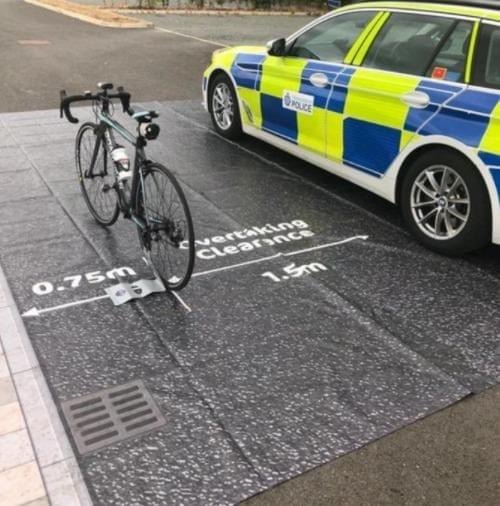 The New Zealand Road Code recommends that motorists “Give cyclists plenty of room when passing them. Ideally, allow at least 1.5 metres between you and the cyclist.” However, this lacks the force of the law and despite a long-standing campaign by Cycling Action Network, the government is yet to take any action.

Many cyclist deaths and serious injuries result from rear-end or sideswipe collisions involving a car or heavy vehicle. As a consequence, minimum passing distance laws have been introduced in Spain, Belgium, France, a number of U.S states, the Netherlands, Portugal, Nova Scotia, Western Cape Province, South Africa and Australia. These regulations set a minimum distance to be kept while overtaking cyclists. In March 2016, the NSW Government introduced a new road rule stipulating the Minimum Passing Distance (MPD) the driver of a vehicle must give when overtaking a bike rider on NSW Roads. The Victorian Government implemented ‘A Metre Matters’ road rule on 26, April 2021. This update to Victorian road rules meant that every single Australian State and Territory has this lifesaving legislation in place. In the UK in 2019 new legislation made it illegal for motorists to drive too close to cyclists when overtaking them on the road.

A study published in Queensland, Australia in 2010 showed that even though drivers tend to consider cyclists to be the problem on the roads, records on accidents do not prove this theory. The study looked at 6,774 cycling accidents registered between 2000 and 2008. Cyclists were the party at fault in less than a half of the cases, more specifically they were to blame in 44.4% of the accidents. The bigger portion of cycling accidents was caused by motorists. According to a study by the University of Adelaide, 79% of collisions between cars and cyclists nationwide were the fault of drivers. The British department for transport gives similar figures, reporting that in the case of deaths of cyclists aged between 40-54, the responsibility lies 70% with drivers alone, 8% jointly at fault and only 23% the sole fault of the cyclist.

Why a mandatory distance for overtaking of 1.5 metres away from a cyclist is a good thing:
Drivers would have a clearly defined standard for overtaking which would make it easier for them to exercise good judgement.

New Zealand needs to implement this lifesaving legislation and show a commitment to making the roads safer for cyclists. The road needs to be shared by both cyclists and motorists in a safe manner as neither party are going to suddenly disappear. No motorist really wants to be responsible for harming a person on a bike and no bike rider wants to feel vulnerable on the roads. Mutual understanding and respect must be our most important common goal.