So how did the Netherlands do it? 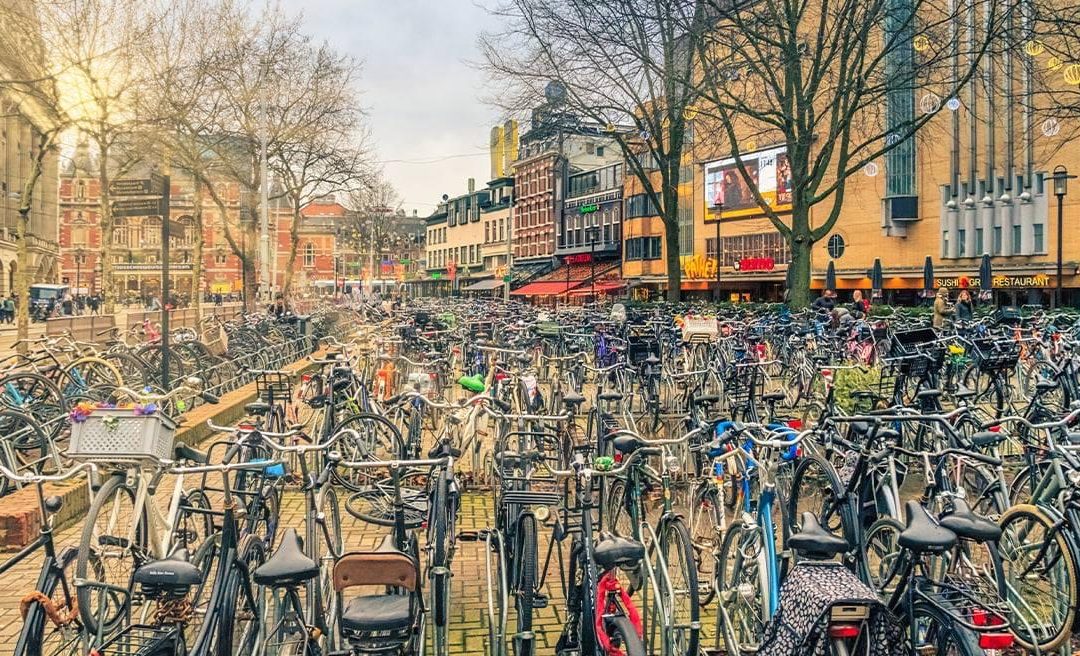 Anyone who has ever visited Amsterdam knows that the city belongs to the cyclists. The city is equipped with an elaborate network of cycle-paths and lanes that are safe and convenient. It is not just Amsterdam, although it is the most famous, that has this network of cycle-paths, they can be found in all Dutch cities.

At the start of the 20th century, bikes far outnumbered cars in Dutch cities. Then the Dutch economy began to boom in the post-war era and more people were able to afford cars, which led urban policymakers to view the car as the travel mode of the future. Entire Amsterdam neighbourhoods were destroyed to make way for motorised traffic and the use of bikes decreased by 6% every year.

Sadly, all that growing traffic took its toll. The number of traffic casualties rose to a peak of 3,300 deaths in 1971. More than 400 children were killed in traffic accidents that year. This staggering loss led to protests by different action groups, the most memorable of which was Stop de Kindermoord (“stop the child murder”) which grew rapidly as its members held bicycle demonstrations, occupied accident blackspots and organised special days during which streets were closed to allow children to play safely.

Stop de Kindermoord became subsidised by the Dutch government, established its headquarters in a former shop and went on to develop ideas for safer urban planning. Two years after Stop de Kindermoord was established, another group of activists founded the First Only Real Dutch Cyclists’ Union. They organised bike rides along dangerous stretches of road and compiled inventories of the problems encountered by cyclists. They held noisy demonstrations and painted illegal bicycle lanes in dangerous streets under the cover of darkness. Initially there were arrests but newspapers would run stories about the group’s antics and the municipal politicians eventually listened. They implemented the bicycle lanes because even in the 70s there were politicians who understood that focusing only on cars would eventually bring problems.

During the 1973 oil crisis, the government proclaimed a series of car-free Sundays: intensely quiet weekend days when children played on deserted roads and people were reminded of what life was like before the car. Gradually, Dutch politicians became aware of the many advantages of cycling, and their transport policies shifted. In the 1980s, Dutch towns and cities began introducing measures to make their streets more cycle friendly.

Nowadays the Netherlands boasts 22,000 miles of cycle paths. More than a quarter of all trips are made by bicycle, and this rises to 38% in Amsterdam and 59% in the university city of Groningen. All major Dutch cities have designated “bicycle civil servants”, tasked to maintain and improve the network. The Cyclists’ Union has long ceased to be a group of random activists and is now a respectable organisation with 34,000 paying members whose expertise is in worldwide demand.